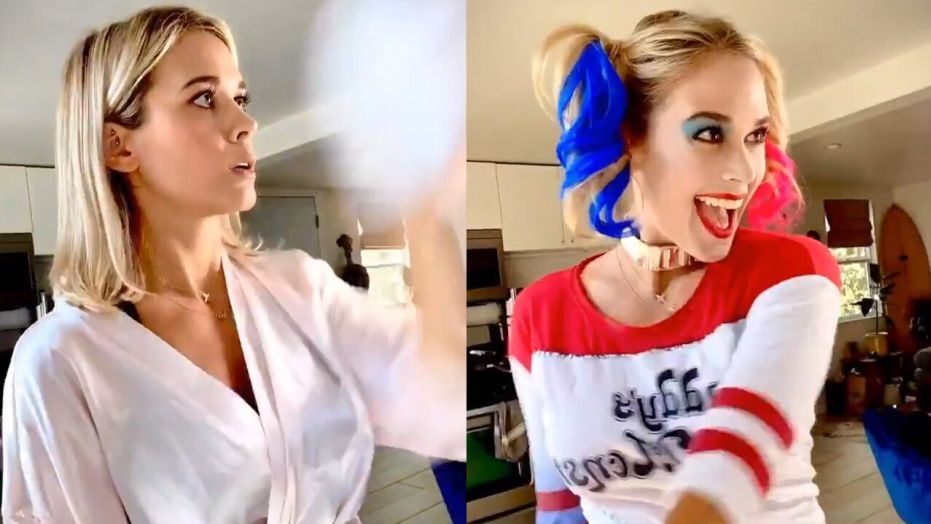 Another week, another TikTok challenge taking the short-form video app by storm. The latest popular trend is the “Wipe It Down” challenge, which appropriately has a bit of cleaning involved as well.

The new trend involves a user cleaning a mirror using the audio of BMW Kenny’s track “Wipe It Down.” Typically, after the first or second wipe, the user changes into a different version of themselves for a split second, before returning back to their original look.

TikTokers channeled their creativity to turn into a variety of characters, from DC Comics’ Harley Quinn to the doll from Coraline. Some transformed into fabulous drag queens, or decided to simply glam up from their casual wear. Check out some fun examples from Lauren Compton, Abby Roberts, and The Plastique Tiara.

Pop singer and dancer JoJo Siwa used the challenge shortly before her 17th birthday, unveiling herself without her iconic ponytail, hair bow, and sparkly outfit.

Perhaps the coolest #WipeItDown video came from Will Smith’s TikTok, when he used the challenge to reveal his character, Agent J, from the Men In Black films.

As of June 10th, the #WipeItDown hashtag has gained more than 6.8 billion views on TikTok. BMW KENNY’s song, “Wipe It Down,” has already been used on more than 2.4 million videos.