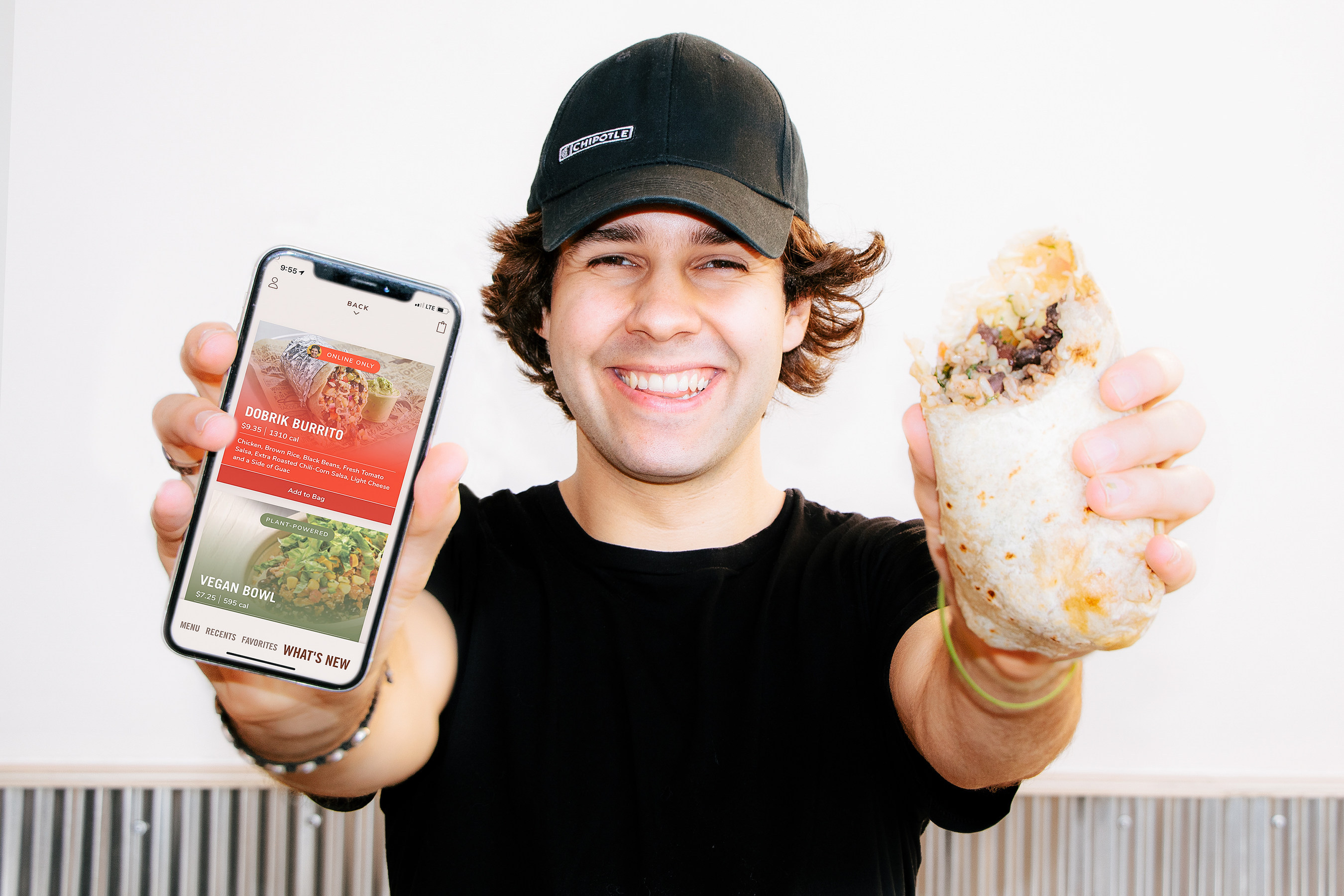 Winners of the contest, chosen by Dobrik on Cinco de Mayo, would receive Chipotle’s coveted celebrity card that provides free access to Chipotle. The celebrity card is only held by a small and elite group of celebrities, athletes, and influencers who are superfans of the food chain.

Dobrik launched the campaign on May 1 by uploading a video to TikTok, showing his personal celebrity card and the five up for grabs. To enter, participants had to follow @Chipotle, post their most creative Chipotle TikTok video, and use the hashtags #ChipotleSponsorMe and #contest.

In six days, the hashtag #ChipotleSponsorMe accumulated more than 635 million views and was tagged on thousands of videos. Here are the five lucky celebrity card winners:

#ChipotleSponsorMe is just one of the few brand campaigns Dobrik has collaborated on with the fast casual restaurant.

Back in January, Dobrik participated in Chipotle’s Gen-Z focused “TikTok Timeout” campaign to promote the return of free delivery sundays. The commercial aired during the Super Bowl and featured other prominent TikTok stars, including Zach King, Avani, Brittany Broski, and more.